UK: Muslim women: beyond the stereotype 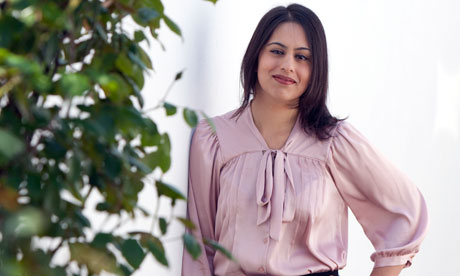 ‘To say that Muslim women are oppressed or don’t contribute is so patronising’ . . . Sara Khan. Photograph: Graham Turner for the Guardian

Tehmina Kazi wears modest western dress and believes in plurality and diversity within her faith, Islam. For her pains, she has been labelled a whore, admonished for not wearing the hijab and accused, inaccurately, of wearing short skirts by people she has never met, writing online.

When she defended Usama Hasan, the London imam who faced death threats and was suspended from Leyton mosque last month after he said evolution was compatible with Islam, she had to go to police after receiving threats of her own.

Despite this, Kazi, the director of British Muslims for Secular Democracy, remains defiant in her role as one of the small but growing number of British Muslim women challenging and combating Islamic extremism. Campaigning against any extremism is not for the faint-hearted, but for Muslim women it requires a special kind of resolve. “It takes a lot more courage to do this if you’re a woman because the type of criticism you get is very different,” she says, highlighting the personal nature of the abuse. “They always talk about what you wear.”

Kazi believes women should be free to wear whatever they choose – it is stereotypes about Muslim women that she aims to confront. BMSD, which, despite not being a women’s organisation, has always had female leadership after being founded by columnist Yasmin Alibhai Brown – supports a young Muslim leadership programme, counter-demonstrates against extremist groups, such as Anjem Choudary’s Islam4UK, and attempts to get moderate voices heard in debates about Islam. The group emphasises the underutilised weapon of humour in taking the fight to the extremists. In one video on the BMSD website, an archetypal “angry young Muslim” begins ominously, “I have a message for those who insult Islam,” before adding: “Let’s agree to disagree.”

It campaigns against both Islamic extremism and Islamophobia – Kazi cites the example of “the preacher going to the mosque and saying women who wear perfume are adulterers”, as well as stereotypes of Muslims that suggests all women are marginalised.

These views are echoed by Sara Khan who set up Inspire two years ago because she felt there was no organisation helping Muslim women to achieve their potential. “It’s quite patronising. To say Muslim women are oppressed or don’t contribute is just so patronising – no community wants to be stereotyped.”

Khan makes no attempt to hide her frustration as she rails against the wider perception of Muslim women, which, for her, manifests itself in the media preoccupation with the hijab. Khan wore the hijab for 15 years before she tired of the “obsession” surrounding it. Despite Khan’s frustration at stereotyping, she is not blind to the fact that not all Muslim women have had the same freedom and opportunities as she has, recognising that there are “Muslim women not allowed to go out of the house”.

Khan, who sat on the Home Office working group tackling extremism and radicalisation, and Inspire are behind an event at City Hall for 200 activists, academics and policy-makers called Speaking in God’s Name: Re-examining Gender in Islam next month, in which religious experts will aim to debunk restrictions conservative Muslims seek to place on women. Khan says it is the first event of its kind. “Let’s have a real debate about the role of women,” she says. “That debate is not happening. You get the same ‘No sister, you’re not allowed to travel on your own’.”

She blames the lack of Islamic literature for female followers and provisions for women at mosques for what she describes as an increasing terrorist threat from women. Citing the student who stabbed the MP Stephen Timms, she says: “It’s not surprising Roshonara Chaudhry learned her faith from the internet.” Khan argues that the government’s much-criticised preventing violent terrorism scheme, now being revamped, suffered from a lack of female involvement.

She makes a compelling case for women to be central in the battle against extremism. “Women shape values in children,” she says. Inspire runs workshops to educate mothers in countering al-Qaida propaganda, arming them with religious texts they can use to rebut the arguments of extremists that their children may hear.

Like Kazi and Khan, Houriya Ahmed, who until last month worked for the Centre for Social Cohesion – a thinktank that issues briefing papers on radicalisation and extremism – has had insults about not wearing the hijab, or as she puts it “not being Muslim enough”. But she is less inclined to attribute them to gender, believing anyone who challenges extremists is likely to face abuse.

As she works not for a Muslim organisation but for the CSC, her experiences are different from the other Muslim women interviewed. “I don’t want to be seen as a Muslim woman doing this,” says Ahmed, who sees her religion as a private matter that is irrelevant to her job.

Other campaigners disagree. Rabia Mirza, who is involved with Cheerleaders Against Everything speaks about how involvement in fighting extremism has strengthened her faith. A disparate group with an anarchic sense of humour, reflected in its title, it has managed to get under the skin of both Islamic extremists and leftwingers. As well as mounting counter-demonstrations against extremists groups, its members go on extremist forums to argue their case.

Cheerleaders has informal links with Kazia’s BMSD as well as, controversially, the English Defence League. Ex-EDL members, who remain committed to challenging extremism but quit the far-right group because of a belief it was indiscriminate in its attacks on Islam, have joined with the Cheerleaders to form an organisation called the Nice Ones. Mirza says the idea is to link with those – “very few” – within the EDL whose goal is to combat Islamic extremism, rather than just oppose Islam.

However one views such an association, it is unarguable that this type of alliance would be unthinkable to the Muslim groups usually rolled out as constituting the frontline in the fight against extremism. Despite breaking the mould, Mirza accepts that women need the co-operation of people who the extremists can identify with more readily. “If we formed a group of women who are highly liberated, it will annoy them, so we need a middle ground,” she says.

“We Muslims need to take a bit of an active role,” says Mirza. “We need to educate our women, liberate women and that will lead the way. Every country where they have educated their women, the country has thrived.”

There is a big gulf in the level of experience of Mirza, who is at university, and someone such as Khan in trying to shake up the way Muslim leaders respond to the issues affecting British Muslims, but they are equally convinced of the need for change. Khan says she is sick of traditional male-led Muslim organisations failing to come up with solutions, and responding to each controversy with the mantra “Islam is a religion of peace”. She is working for change and hopes others will join her. “Muslim women are so frustrated with the leadership,” she says. “We need the discourse of women – they will bring a whole new dimension to it.”

But ultimately it is not just the conservative male Muslim leadership that Muslim women want to change their ways. They want society as a whole to see what Muslim women can do if people will only set the stereotypes aside. “There’s a perception that Muslim woman are sitting at home, not doing anything,” says Khan, “but that’s not the case at all.”

UK: Government meeting to consider labeling of meat to include slaughter method
About Post Author