Home > Consumer > Why business should be involved in public health

Why business should be involved in public health

By Richard EvansHead of PepsiCo UK 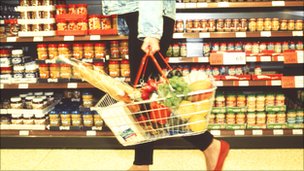 Major food producers ‘can influence diet’
The government’s decision to involve major food producers of goods ranging from fruit juice and cereal to crisps and chocolate, in public health planning has come under fire from health campaigners.

But in this week’s Scrubbing Up column, Richard Evans, head of PepsiCo in the UK argues it’s better for them to be “at the table”.

Getting the food industry involved in improving public health has attracted criticism.

But it’s important for companies like ours to be part of the solution instead of being written off as the cause of the problem.

At face value, it might look counter-intuitive to ask food companies to help devise solutions for obesity but at the end of the day we have resources and expertise that can make a profound difference.

Our industry has the know-how to help improve people’s diets; improving the formulation of products will change the salt, fat, sugar and fibre intakes of hundreds of thousands of people. And that is what we are doing.

Like government, non-governmental organisations, the public and our industry peers, we are acutely aware of current public health issues.

We believe there is shared responsibility to take positive action that will instigate change and that this is not only the right thing to do but also the commercially savvy thing to do.

Healthier products and better nutritional information are in demand.

The appetite of consumers is changing, so we’ve reorganised our priorities to move with them.

We’ve already stepped up to lead the way on making existing products healthier as well as introducing new healthier ones.

Whilst there’s still much to be done, we’ve gone much further than we’ve been ‘required’ to for a number of years.

We’re not alone in making change happen. I regularly meet industry peers who are doing the same.

Of course, it would be naive not to recognise how difficult it is to change consumer behaviour.

Whilst we cannot force consumers to buy products they don’t like, we can help provide the expertise to help “nudge” consumers to make healthier choices.

It is precisely the leading brands like PepsiCo that have the reach, resources and marketing capabilities to influence the diets of hundreds of thousands of people in the UK.

The government has chosen to recognise this and harness industry knowledge by introducing the responsibility deal.

So what’s the alternative?

Food companies could be made pariahs and kept outside despite the fact we collectively feed millions of British consumers every day.

We don’t have to be there. It is voluntary. ”

How about we are brought inside so that our influence over people’s diets can be used positively to promote healthier eating?

I think the government, by including food companies in its responsibility deal, has made the right choice.

There is certainly no free-hand to write policy as has been claimed – that was never the intention.

We’ve simply been recognised as a key group of stakeholders with the ability to help change consumer behaviour for good which now means we sit at the table and pursue a common objective – better public health.

We don’t have to be there. It is voluntary.

But it does bring with it an obligation to make what are often difficult changes that can have profound commercial consequences.

We want to be there, not to subvert public health goals, but to strengthen efforts to achieve them as we all struggle to balance the ‘energy in, energy out’ challenge of modern life.